Intrapoetical Connections: The Importance of Being Martín Espada 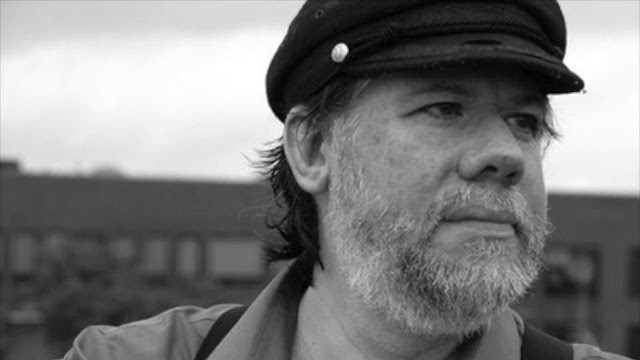 Acknowledged Legislator. Critical essays on the Poetry of Martin Espada.
Edited by Edward J. Carvhalo
Farleigh Dickinson University Press.
Hardcover; 356 pages. 2014.
Review by: Elidio La Torre Lagares, Ph. D.
Department of English, University of Puerto Rico
In a most fervent defense of poetry, Percy Bysshe Shelley took on Thomas Love Peacock assertion that poetry, in an era of great scientific endeavors and technological advances, had little value in the world, an effacing redundancy vanishing into the inconsequential. Poetry had no use beyond its aesthetic resonances, a stance that would eventually chase poets into their fortresses of solitude during the late 19th century, within the comfortable seclusion of the –isms. But, “[p]oets, according to the circumstances of the age and nation in which they appeared, were called, in the earlier epochs of the world, legislators, or prophets: a poet essentially comprises and unites both these characters,” wrote Shelley in his A Defense of Poetry (1821). “Poets are the hierophants of an unapprehended inspiration… the unacknowledged legislators of the world,” he concluded. At present, according to Edward J. Carvalho, in the introduction to Acknowledged Legislator: Critical essays on the Poetry of Martin Espada (Farleigh Dickinson University Press, 2014), as poets indulged in fetishized contemplations of poetry as an object of appreciation, the poetic art becomes a sort of commodity, a mode of artistic and even political complacency. However, when it comes to poet Martin Espada (1957—), Carvalho, editor of this compilation of essays, emancipates the self-induced lamentations of what he calls the “putative un” and reinstates the condition of the poet as an active participant in the socially transformative powers of political life.

If there is a poet that deserves the epithet of “acknowledged legislator,” it is Martin Espada, who is also an essayist, translator, and political activist. His words lay at the service of social justice, the rights of immigrants, of community as a force, and, yes, truth. Over nine collections of poetry, two essay books, and numerous translations, Espada’s works comprises the fundaments of an ethics of poetry as empowerment, poetry as the ultimate liberator. The elaboration of a poetics of freedom in Espada’s work is, indeed, a river visited by other tributaries that include Walt Whitman, Pablo Neruda, and Amiri Baraka, but none more important that Clemente Soto Vélez, Puerto Rican nationalist poet and essayist who mentored Espada. Radical and philosophical, Espada’s work acquires power in the poetic image, in the Blakesian sense of the concept. “Advocacy is part of the poetic tradition,” he tells Carmen Dolores Hernández in “The Poet is a Historian, the Poem is a Record” (274). Espada is a Romantic poet for current times.

The collection of thirteen essays in Acknowledged Legislator: Critical essays on the Poetry of Martin Espada, with “Preface” and “Introduction” by Carvalho himself, is divided in four sections: “My name is Espada”: Author Profile;” “[T]o give history a human face”: Historical Memory and Political Resistance;” “Compañero: Labor Advocacy, Economic Concerns, and Class Consciousness;” and “The poets must speak”: Postcripts and Epilogue.” The profile on Espada constitutes a knowledgeable and comprehensive piece written by critic and scholar César Salgado. It takes a Puerto Rican to know a Puerto Rican, and Salgado describes Espada as a writer “who captures the changing rhythms of American vernacular as ably as scrupulously as William Carlos Williams yet remains stubbornly Puerto Rican, another independentista in the island’s forceful lineage of dissenting Nationalists poets, such as Clemente Soto Velez, Juan Antonio Corretjer, and Julia de Burgos, and Caribbean cadence-masters such as Luis Palés Matos” (34). Salgado sails through the required biographical contexts that make Espada a man who speaks to the rest of humanity, into the poet’s wide spectrum of poetical arsenal. Martin Espada is Puerto Rico’s “most universal writer,” contends Salgado (19).

The second section of the book is initiated by Maritza Stanchich’s “The Republic of Memory: Martin Espada’s Local/ Global Poetics of Dissent.” Poetry is memory, a constant effort to dissolve our inconsequentiality in time. Memory is the country of all things language. Stanchich discusses the perseverance of memory in the construction of a socially-concerned subject, as seen in Espada’s The Republic of Poetry and La Tumba de Buenaventura Roig. She exalts Espada’s varied influences, from the written word to the plastic language of muralists like Diego Rivera and José Clement Orozco to photographers like Jack Delano and Sebastiao Salgado, among others whom the poet revers and accounts for in distinct manners, and “in the all-embracing reach and breadth of Neruda and Whitman” (71). As Stanchich notes, La Tumba de Buenaventura Roig (published in 2008 by Terranova, a small publishing house in San Juan) introduced Espada’s poetic universe in a bilingual edition for the Puerto Rican book market. And yet, “Espada’s verses have urgent “work” to perform in Puerto Rico,” Stanchich comments (76). In one of her two contributions to this compilation, critic Carmen Dolores Hernández concurs and celebrates the publication: “It was high time [Espada’s] poetry was translated and published in Puerto Rico” (“La Tumba de Buenaventura Roig” 270). Martin Espada, however, remains an underrepresented figure in the tradition of Puerto Rican nationalist poets, who articulate their poetry exclusively in Spanish, the last bastion of a progressively evolving cultural nationalism that will not trade with their native tongue.

A Puerto Rican nationalist who writes in English is seemingly a paradoxical condition, despite the fact that there is a perceptual Boricua population that, for the most part, does not speak Spanish, particularly those within diasporic premises. On the light of the changing identitarian patterns of the Puerto Rican people in the United States, Pauline Uchmanowiz’s essay “Martin Espada: Resistance-Postmodern Poet” brings an interesting framework for understanding Espada’s literary and political project.

In Puerto Rico, postmodernity frequently faces hostile fire because of its questioning of stability and fixity, specifically when it comes to such delicate subjects as geographical boundaries (the container of “la patria”) and identity. Uchmanowiz not only notices that, as “[c]hronicler of a particular pan-American genealogy, Espada’s cultural heritage informs both his poetic voice and subject matter” (85), but also that Espada’s poetry collections “seek to dissolve language and cultural barriers” (86), a rather uncomfortable, unwelcomed stance in an island that has seen more than six-hundred year of colonized history. Uchmanowiz, however, penetrates through the fissures of the poems, contemplates the power relations between the Occidental power machine and its subalterns, and gets to the revelation of Espada’s resistance-postmodern poetry (a spectacular oxymoron, considering Puerto Rican identity) as “a pedagogy of practice,” where, borrowing from Zavarzadeh, “praxis means forming, grasping, and changing oneself and a historical world through collective productive work that mediates between the object and the subject” (93).

The most ambitious contribution to the collection is Camilo Pérez-Bustillo, “Heart of Hunger: Martin Espada and the Poetry of Liberation,” where the author arguments that Espada insists on a “broader, continental, and global vision of liberation with which his emphasis on Puerto Rico is completely intertwined” (161). Pérez-Bustillo delves on the Espadaian universe, full of those minimal elements of meaning that stem not only from Puerto Rican nationalist imaginary, but also from vast traditions of Latin American and American political poetry, and impeccably scrutinizes Espada’s literary ancestry to illustrate a poet committed with poetry as resistance. The poet emerges as historical figure, a man who sees times and who speaks through the voices of multitudes contained within him in order to recover, expand, and perpetuate a collective memory. In this essay, Pérez Bustillo most valuable contribution consists in magnifying the scope of Espada’s intrapoetical connections, particularly those that relate his work to William Carlos Williams and Luis Palés Matos.

Edward J. Carvahlo’s compilation honors Martin Espada, his poetry, and his political activism. As most of the essayists engage, one way or another, in biographical accounts of Espada’s life, we muse, in admiration, the continuum of Truth in the poet’s mouth. 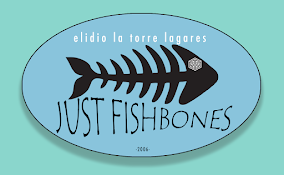 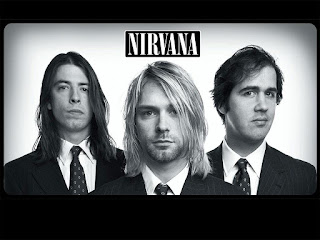 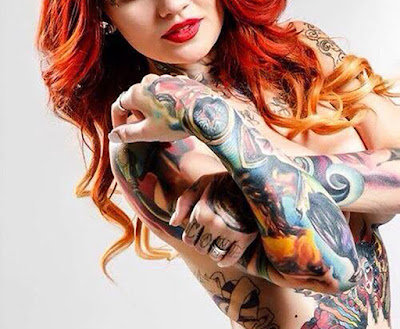 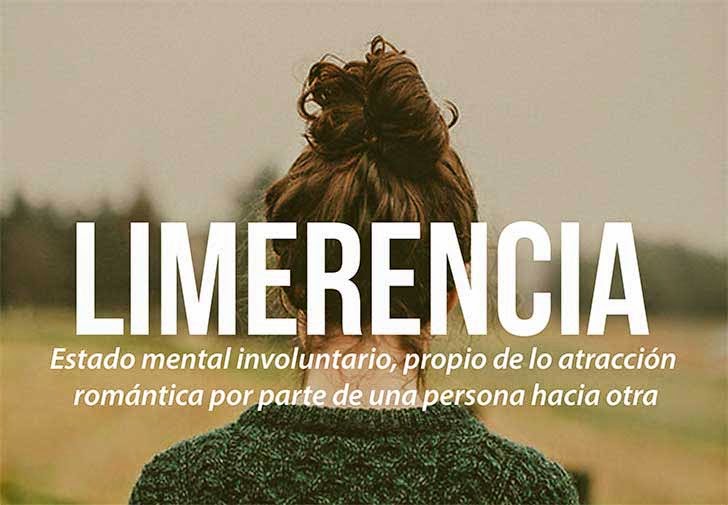 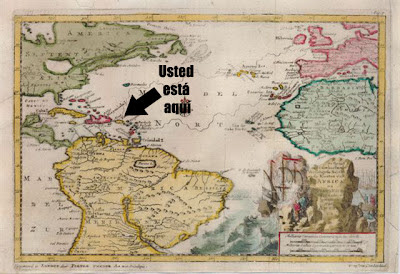 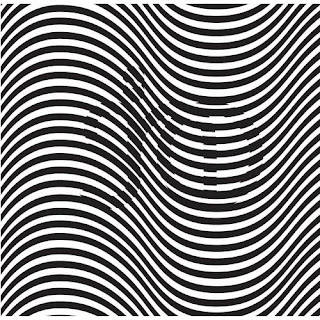 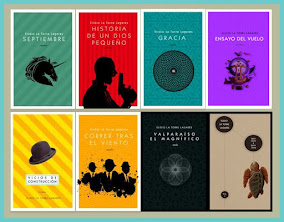